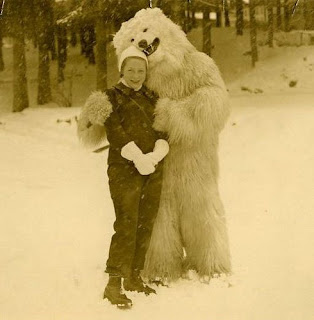 I love bears. Please, a bear, please hug me like this. (photo via my dad's facebook page and I have no idea why; I truly hope the girl in this photo is his cousin or something).
Posted by bex schwartz at 12:53 PM No comments:

The Only Time I Will Ever Appear in the New Yorker

Woohoo!
Posted by bex schwartz at 2:25 PM No comments:

The Greek word Arktos, meaning “bear”, is the origin of the word Arctic. Antarctica means “no bears."

How did I never know this? Isn't this one of those awesomesauce facts they teach you in elementary school to convince you that learning is fun-damental? Thank the stars I felt compelled to check and see if the Central Park Zoo has polar bears -- it does. I am going to go visit them as soon as possible. Polar bears!

Zoo collection includes: Gus and Ida, both born in late 1985 at a facility in Buffalo, New York. They have been at the Central Park Zoo since it opened in August of 1988 and are two of its biggest stars.

Found in the wild: Along the coasts and inland streams and lakes of Alaska and Canada, Greenland, Norway and Siberia. The Greek word Arktos, meaning “bear”, is the origin of the Arctic name. Antarctica means “no bears”, so do not believe those commercials that feature a polar bear and a penguin together. It just isn’t true, they live on opposite ends of the earth.

The more you know! DING. Antarctica means NO BEARS. Honestly? Screw you, Antarctica. I love me some bears. I LOVE BEARS.

I sing this song when I watch Survivor! Usually I sing it in my head. But I decided to sing it out loud, because, heck, I can either be FULL OF RAGE or FULL OF DOING THINGS. So I am doing things. Despite their stupidity. If you watch Survivor with me, we can sing it together.

Posted by bex schwartz at 2:07 AM No comments:

In honor of tonight's Opening Ceremonies (I am an uber-dork about the Winter Olympics), I thought it would be nice to reprint an article I wrote in 1997, when the Nagano Olympics were mere moments away.

Our candidate for Slovenia's next national hero.

Michelle Kwan started skating at age five after watching her brother practice hockey. When Tara Lipinski was three, her mom took her to a roller rink for a free Care Bears giveaway and thus was born a gold-medal career. Nicole Bobek turned to skating at age three after first pursuing professional gymnastics, ballet and modern dance. These lovely ladies of figure skating made it to the Olympics. I'm nineteen. My brother doesn't play hockey. My mom hates the Care Bears. And I can't even do a cartwheel. To hell with the odds­! I'm going to be an Olympic figure skater. I've sent letters to eight governments of foreign countries. Next stop: Nagano, Japan. (See below.)

See more funny videos and funny pictures at CollegeHumor.
It will probably come as no surprise to you to learn that these are my FAVORITE 4 CHORDS.

So, if you would ever like to write a song for me, odds are really good I'll like it a whole lot if it uses this chord progression.
Posted by bex schwartz at 12:15 PM 2 comments:

That Dodge Charger spot in the superbowl about how hard it to be a man so you deserve a fucking sports car made me soooooooo angry! Seriously? It's soooooo difficult to be a man and to get along with your partner and share responsibilities? And I am just in an angry place. Call me kneejerk, but I made an instant slapdash dirty response.

I say this with the utmost of affection and admiration because I think Nick Kroll is just a fantastically amazingly funny person, but I was watching RuPaul's Drag Race and the man-who-plays-Tatiana looks so much like Nick Kroll that for a second I thought it was. And if it's not, then think of the fun they can have making videos together.

Although Tatiana does not look like Nick Kroll. Just in case you were wondering. 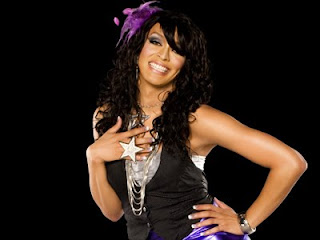