I am trying to make "Deception Pass" happen. To be used when you've been hoodwinked, swindled, shock 'n' awed, bamboozled, cheated, lied to, or generally psyched out. 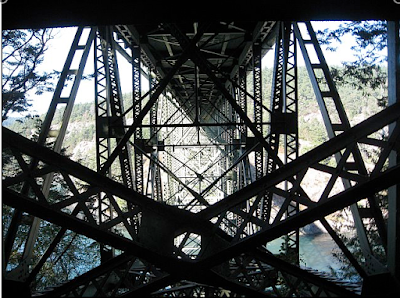 The actual Deception Pass is a strait of water between Whidbey Island (not really an island! or something. I am still confused.  DECEPTION PASS!) and Fidalgo Island in Washington, somewhere outside of Seattle (someone else was driving).  Look at this bridge spanning Deception Pass! There ought to be Lost Boys dangling from it, or Sparklevamps playing superbaseball or something.

Anyway, the point being that "Deception Pass" is very fun to say! Like "Man, the sign at Tailor said the kitchen was re-opening in September and now the chef's gone and they will never serve me deliciously weird food ever again." DECEPTION PASS!

Or, you know, like "That boy said he was going to call me and then he NEVER CALLED! Deception Pass!"

Or "I think my boyfriend is cheating on me and lying about it. DECEPTION PASS!"

Or even "Those morningstar corndogs are NOT actually vegan! DECEPTION PASS!"

Use it three times and its yours! Go forth and make it happen. (Please? For me?)
Posted by bex schwartz at 6:07 PM 3 comments: 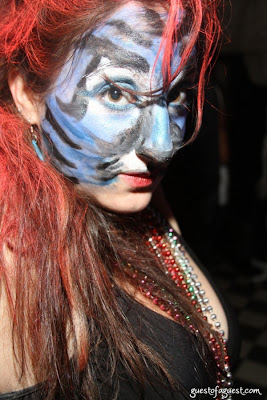 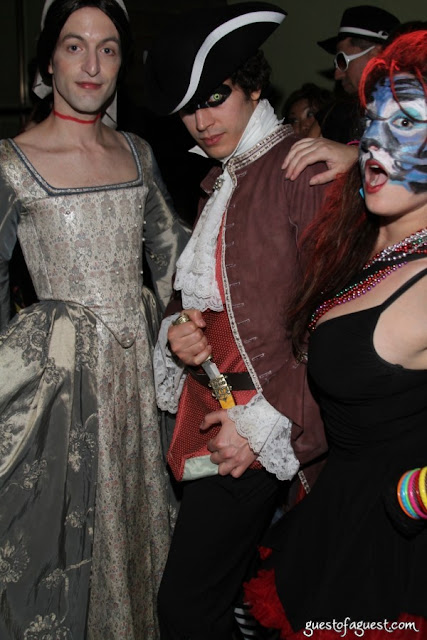 Posted by bex schwartz at 6:00 PM No comments: