Tee Shirt of the Day 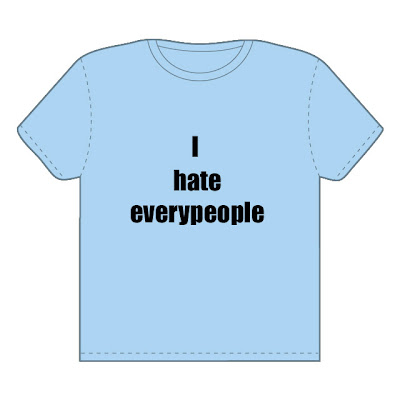 Posted by bex schwartz at 4:13 PM No comments:

Yakety Yak, Take it Back 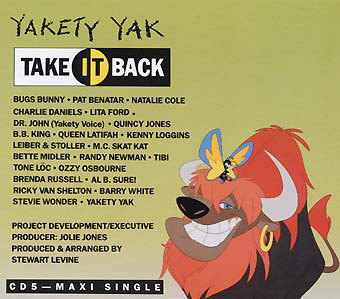 Extensive research into MC Skat Kat reveals he was "launched into the mainstream years later when he appeared in a public service announcement titled "Take it Back", where he sang the title song about recycling." Apparently, I missed this stratospheric launch (it occurred in 1991, so I was probably prepping for my bat mitzvah) but happily, youtube is always there to fill in the gaps in my pop cultural knowledge. Observe:


I wish the audio were better because I can't hear most of the lyrics, but a few notes:

This is ostensibly a PSA for kids:
1) threatening that if you don't recycle, Ozzy will stop rocking (that is some real guilt-inducing shit right there)
2) the PSA stages a protest against "city hall" demanding that you call the government and complain that they are not recycling (or something? the audio is futzy here, but, egads, in the early 90s, Hollywood was basically demanding the youth of America stage a town hall)
3) Barry White
4) Who went home and did it after this shoot? Bette and Ozzy, right?
5) Perhaps you would like to buy this for me?
Posted by bex schwartz at 3:29 PM No comments:

The World's Best Photo in the History of the World, Ever

You guys, this is the greatest picture in the history of forever. 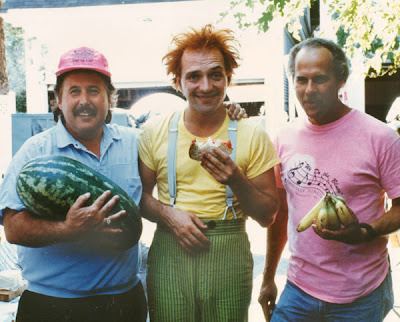 The man in the pink hat carried a watermelon!
The man in the pink shirt carries bananas!
The man in the middle is perhaps a mime, or perhaps developmentally disabled! I just can't tell! Mime or mildly retarded? This could be a hot new party game. Or a blog-to-bookdeal situation. Here, I'll start: this is a new blog called Mime or Retarded? More to come!

Also! Watermelon Man is wearing a giant diamond ring on his right ring finger, and we all know that Right Hand Rings are for women who know they're never going to get married but they still feel like they deserve a conflict diamond, so they buy themselves a Right Hand Ring because nothing says "I am an independent woman" like buying oneself a gemstone that was probably sold to DeBeers by a warlord. Nice! But why is Watermelon Man wearing one?

Unless he is eating a watermelon and banana sandwich? Is that what all of this means? Mime/Possibly A little Retarded guy is being "sandwiched" by Watermelon Man and Banana Man. Thus, Mime/P.A.L.R guy is the filling between the white bread! Watermelon Man and Banana Man are the bread and Mime/P.A.L.R. guy is the sandwich filling, figuratively, but he is eating a sandwich that is a literal representation of the metaphorical sandwich! This is like a living, breathing metaphor-analogy, like when they have that Living Chess Game at the Renaissance Faire.

We found this photo by google-image-searching "Mr. Dithers" because wouldn't Mr. Dithers make a great tattoo for someone who was dithering about what tattoo to get? And then, this photo happened, because it was posted on someone's Myspace page, and that someone was named Mr. Dithers. I logged into myspace for the first time in like 12 years to ping the guy who posted the photo and find out the story of the the World's Best Photo in the History of the World, Ever, but, alas, I have not gotten a response. So, dear internet, I turn to you: who are these people? Where are they? And what is happening? Internetters, you are my only hope.

UPDATE:
Meredith Mo was the first awesomeperson of awesomeness to ring in with an actual, verifiable answer: the guy in the middle is Rik Mayall of "Young Ones," "Blackadder" and "Drop Dead Fred" fame. Here's his IMDB page . Then I did some more sleuthing and found this exact photo on this guy's "Hall of Fame" gallery of photos of himself with famous people! The caption reads "Ky, Rik Mayall & Jim Hoffman working on movie "Drop Dead Fred" -- Ky is, apparently, "The Rocketman", although I will continue to refer to him as Watermelon Man. Which means Bananas Man is Jim Hoffman, although IMDB turns up only one Jim Hoffman -- but he didn't work on "Drop Dead Fred." Hmmm.

Actually, even though this photo is no longer all that mysterious, I think it's just as weird. Weirder, perhaps.
Posted by bex schwartz at 2:27 PM 3 comments:

You guys! I am MC'ing a wonderful benefit this THURSDAY, August 20th! 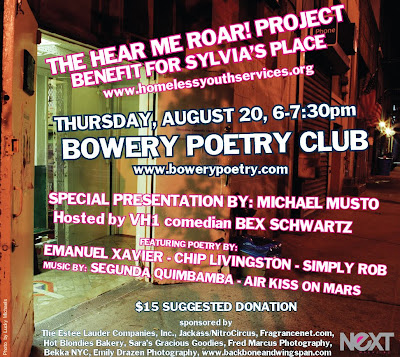 It is estimated that close to 40% of the 20,000 runaway and homeless youth in New York identify as lesbian, gay, bisexual, or transgender (LGBT). These young people often face violence and discrimination from service providers and peers, when attempting to access support. While LGBT specific resources have been shown to effectively help youth create a healthy path to independence, the few existing programs have faced tremendous budget cuts due to the economic downturn. For this reason, now is a particularly critical time to give voice to this cause.

Together with author and activist, Emanuel Xavier, The Hear Me ROAR! Project is hosting a fundraiser to support our work with MCCNY-Homeless Youth Services/ Sylvia's Place, honoring the voices of LGBT homeless youth.

A suggested $15 minimum donation will include:

The Hear Me ROAR! Project uses artistic expression to raise awareness and funding for LGBTQ youth services in New York. We are currently partnered with Sylvia's Place, a 24-hour emergency shelter, to document the experiences of LGBTQ young people on the street.

For more information about MCCNY-Homeless Youth Services/ Sylvia's Place, please visit www.homelessyouthservices.org
Posted by bex schwartz at 11:49 AM No comments: